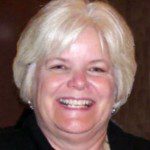 Executive Director
Kathy has a Bachelor of Science in math and Spanish education from Texas A&M University, a master’s degree in business administration from the University of St. Thomas, and a post-baccalaureate certificate in college counseling from UCLA Extension. She is a professional member of IECA and has attended the College Board Summer Institute at Harvard. Kathy began her career as a mathematics teacher at Spring Branch High School in Spring Branch ISD and went on to become a computer programmer and later a trainer with Chevron. Next she served as a development officer with the University of Houston Sugar Land and then became a major gifts officer with U of H. Kathy was the founding Houston director of College Forward and successfully launched the program into four high schools in east Harris County.

Kathy founded CollegeCommunityCareer in 2012 to focus on low-income, first-generation students on the west side of the greater Houston area. She envisioned the organization expanding to reach the burgeoning underserved populations in public high schools. She is a former board member of the Fort Bend Education Foundation, board of trustees member for the International School of Aberdeen (Scotland), and board of directors member of the American International School in Lagos, Nigeria, and St. Agnes Academy in Houston​. Kathy received a Jefferson Award in 2016.
>> View Bio 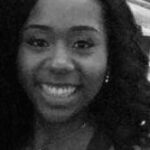 AuBriana (Bri) graduated from the University of Oklahoma with a BA in Spanish and a minor in African and African-American Studies. While attending OU, she studied abroad in Spain to master the language and also worked with Upward Bound where she found her passion to help underserved students. Upon graduation, Bri worked with FEMA Disaster Relief and joined CCC in 2018. Bri's passion for equity in education is driving CCC to achieve great things with our students. 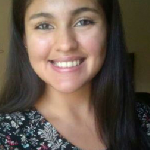 I am a recent graduate from The University of Texas at Austin. I graduated with a Bachelor of Arts in Psychology with a minor in Sociology. I committed myself to working in the nonprofit sector with a focus on education to serve underrepresented students and families and be able to provide guidance for them. I believe all students should have the opportunity to further their education, regardless of their income. Entering as an Americorps member in College Forward, the realization that not all students can have a smooth transition from high school to college because of their income and residential status. I plan to further my education and continue serving my community by pursuing my graduate studies in either School Counseling or Higher Education Policy. I will continue to provide beneficial services to all families and students in order to create a stronger foundation between their child's future, how to accomplish their educational goals, and how they play a vital role in their child's development.. 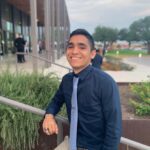 Division I in track and Field at UT-RGV and was a criminal justice major.  He loves the outdoors and did an internship with the Department of Interior in Oregon.

He brings a wealth of knowledge to work with CCC students. 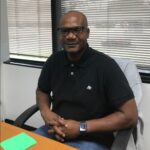 Donovan is from Washington D.C., and Southern University and A&M College in Baton Rouge, Louisiana. He competed at the NCAA Division I level in Track and Field and has excellent experience in working with youth and working in the Fort Bend County area.